TAYLOR BROCK in Edward Albee’s The Goat or, Who is Sylvia?

COME SEE ME
IN EDWARD ALBEE’S
THE GOAT OR, WHO IS SYLVIA? 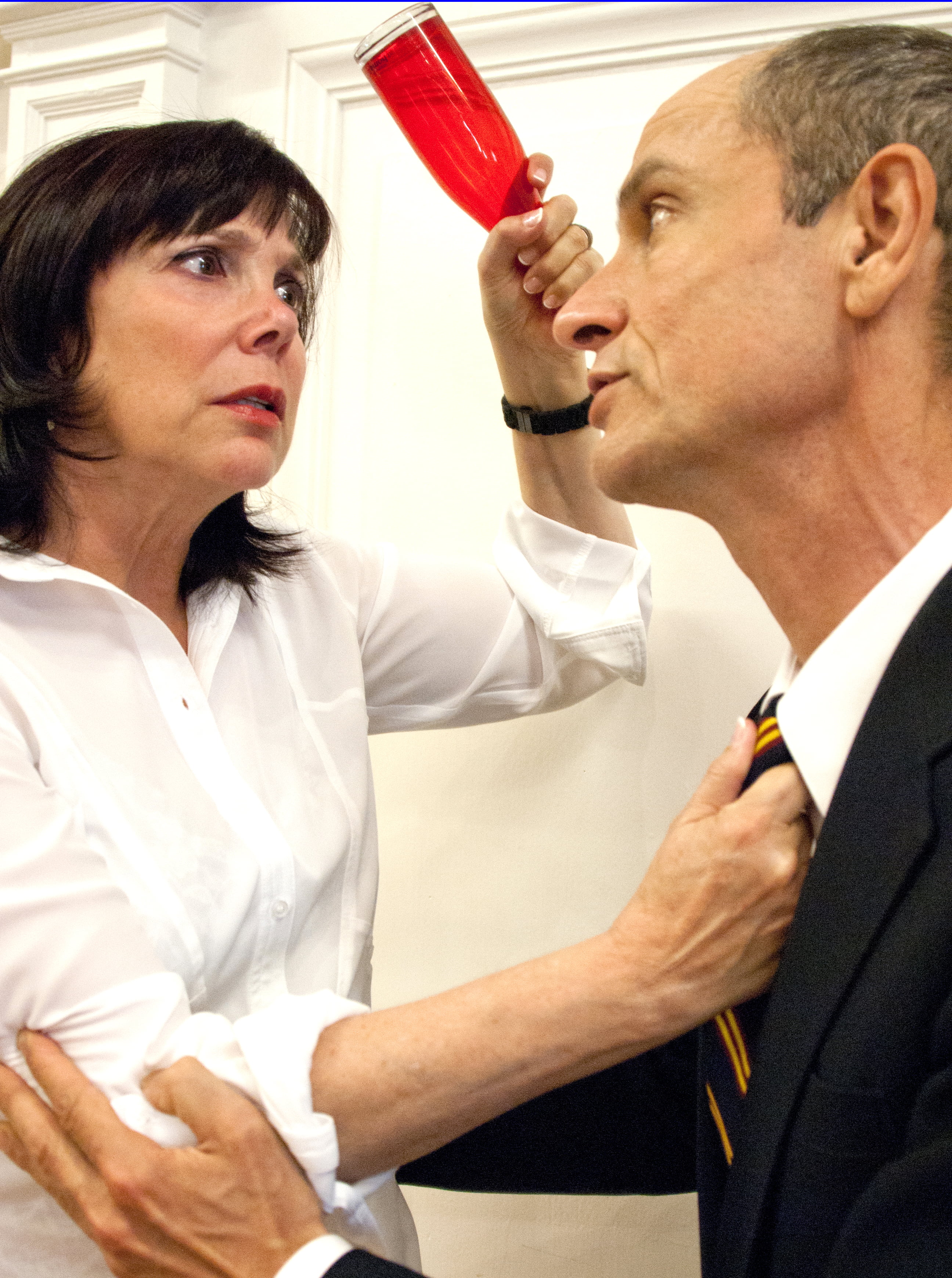 The play, recommended for mature audiences, tells the story of Martin, his wife Stevie, their child Billy and family friend Ross. Their lives are perfect until it’s discovered that Martin is in love with a goat and everything falls apart. The Pulitzer Prize-nominated script is directed by Bay Area actor/director Michael Shipley*, and stars Taylor Brock*, Richard Aiello, Don Williams, and Matt Bratko.

Taylor Brock, who plays Stevie, is a Los Angeles/San Francisco-based actress who, among many other credits, has appeared in “Criminal Minds.” www.taylorbrock.com

Richard Aiello plays the part of Martin. Nominated for a San Francisco Bay Area Theatre Critics Circle Award for his performance last year as “Man” in Albee’s The Play About the Baby at Custom Made Theater Company in San Francisco

Don Williams, who is playing the part of Ross, splits his time between LA and Northern California, and has appeared in numerous films, TV shows, theatre productions, commercials, and voice-overs. For more about him, go to www.don-r-williams.com

Matt Bratko is playing the part of Billy and currently attends the University of California at Berkeley, majoring in Theatre, Dance, and Performance Studies. This summer he is working as an intern at Z Space

Michael Shipley, a longtime theater and screen actor and teacher will be directing the show. Learn more about him at www.michaelshipley.net.

Order your tickets by contacting the address or phone number below.
thegoat.brownpapertickets.com
1-800-838-3006< 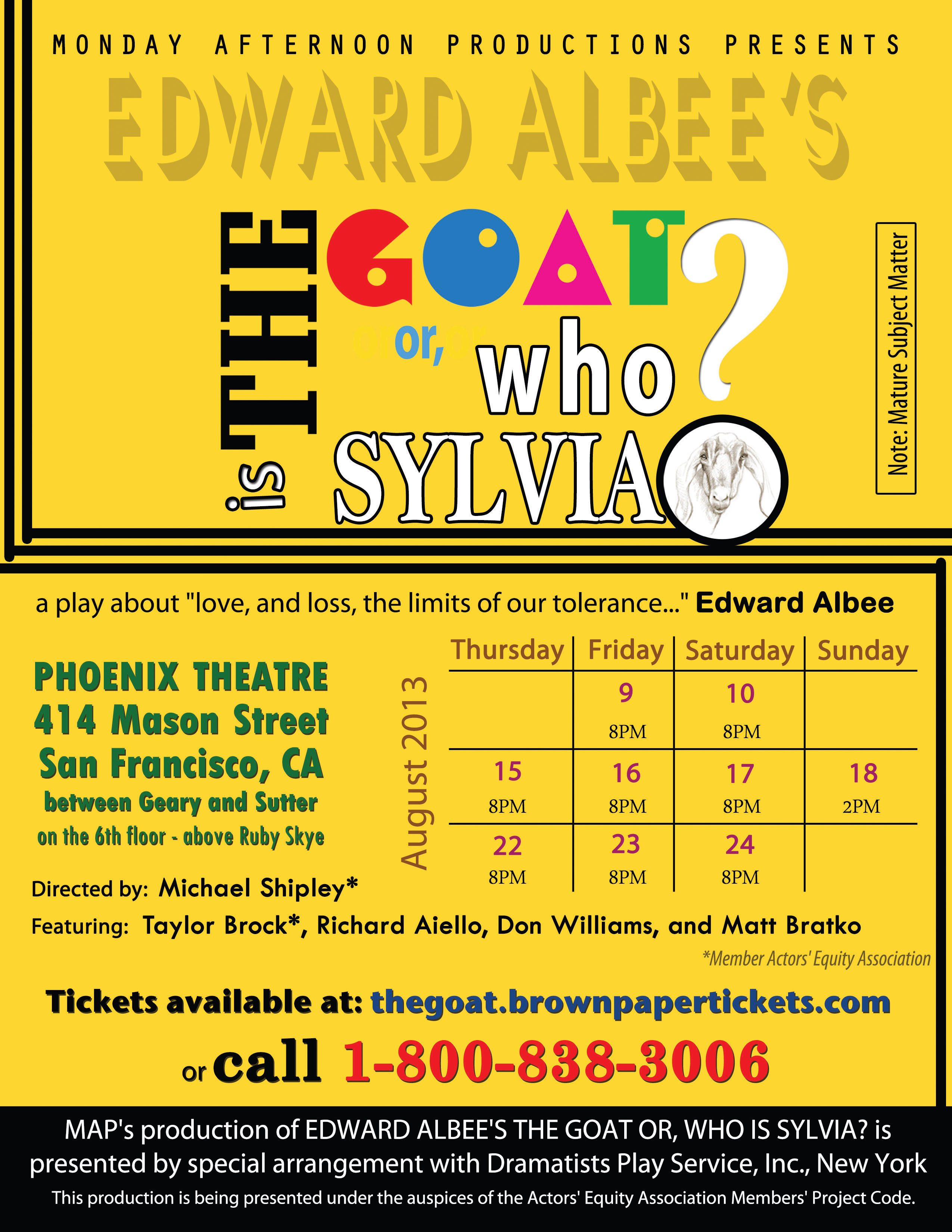